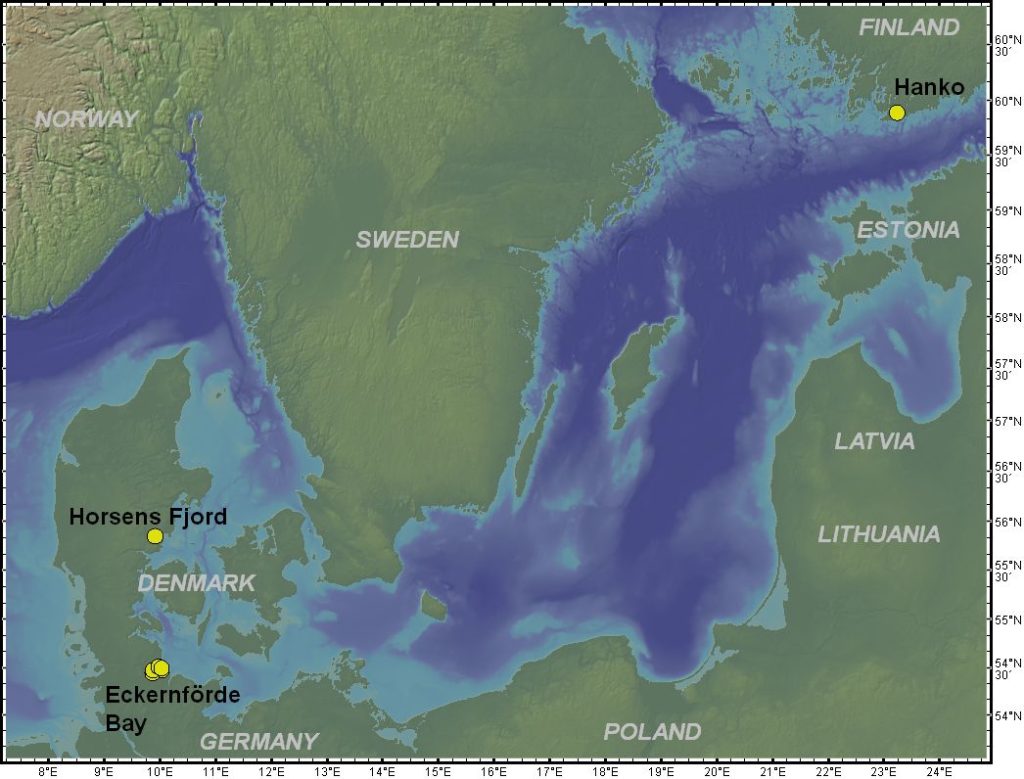 As the BONUS Seamount Project is approaching the final hours, an overview of the fieldwork the group have accomplished over the last three years is now available.

The resarchers have made 25 different field trips covering the three countries of Finland, Germany and Denmark. In Finland the work have been carried out mainly in the Hanko area, in Germany focus have been on the Ekernförde Bay area. In Denmark researchers was investigating the Horsens Bay area. Different forms of underwater vehicles were also tested on the same occasion (see logs below article).

The field trips and following analysis have resulted in identifying no less than seven new sites of submarine groundwater discharge, called SGDs.

Four of these are located in the Ekernförde Bay, one in Flensburg Bay, one at the Hanko Peninsua and one in Horsens Bay (see map above). The team also identified a SGD number five at Ekernförde, close to Mittelgrund, but this site is not a novel encounter, since its’ existence have been known for many years through the local community. However, this SGD have still played an important role in the project, serving as a control site amongst other things.

See their locations on the map below. For further informaiton on the sites or field work details, please contact info@seamount.eu 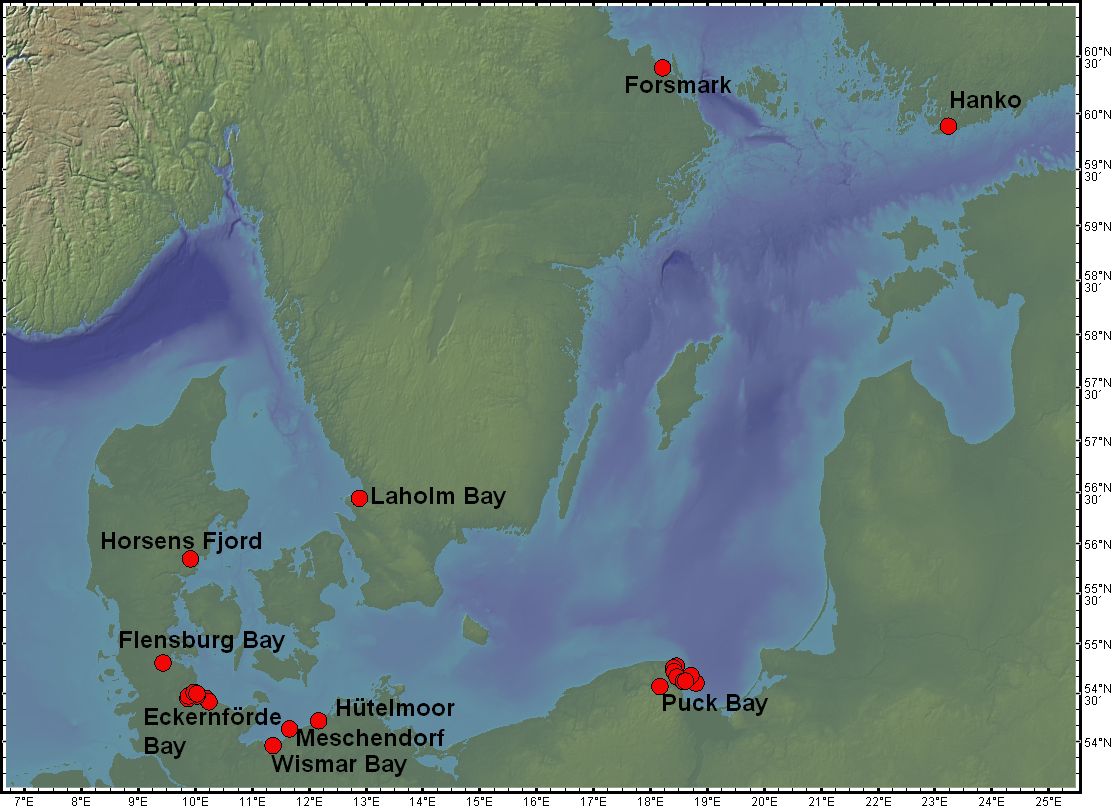